On June 12, 2000 I was working overseas at the Royal London hospital when I began to feel acutely dizzy. Just after midday, I reported to the sister in charge that I could not stand up any longer and needed to go home. Aaron was relaxing after his day time sleep when I returned home, and I went straight to bed with aching joints and malaise. I was confident  I had a 24-hour virus. It certainly was – a deadly one! At 5pm Aaron left for his night shift, and I felt better. I returned to bed after he left, my flatmates came home at 6pm, when I told one I had a flu. As the night progressed I continually returned to the kitchen to refill my water bottle. I noticed on one journey that the boys had gone to bed. Eventually I had to crawl, I was so thirsty, and too giddy to stand. Diarrhoea sent me to the toilet frequently in the early hours. While washing my hands I thought I saw purplish spots on my face in the mirror. However, I didn’t have my glasses on, and the photophobia made me think I was seeing things. By the time Aaron found me and called the ambulance at 8am, I was incontinent of faeces and my body was purple with the characteristic septicaemic rash. That was some 18 hours after my first flu like symptom.

At the emergency department they diagnosed me with meningococcal septicaemia. I spent 16 days in ICU and another 4 months in hospital in London.

I returned to Australia in October to the rehabilitation hospital in Perth, where I was prescribed prosthetic legs, given physiotherapy and occupational therapy for my scars. I stopped wearing pressure garments after two years, and my scar treatment is finally over – I’m stuck with them now! I remain a regular wheelchair user, as the skin grafts on my stumps are seriously affecting my use of prosthetics. I returned to work at the beginning of November 2001, over one year later.

What happened to me was one thing. Yet what has happened every day of my life ever since is far more profound. The intense pain of my hospitalisation and the complications I experienced have faded in my memory, but the struggle of life in a wheelchair, of public reactions to my disability, to the process of getting back into the workforce, and getting my license back has taken an immense period of my young life to adapt to.

In the years since my illness, alongside my work for the department of health, I have worked for organisations supporting people with limb loss and survivors of meningococcal. I currently assist the Amanda Young Foundation as the Case Support Manager for their support program for those affected by meningococcal.

I have also written a book about my experiences with this horrifying disease. More information about my book can be found at www.lisaburnette.com.au 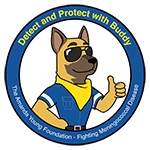